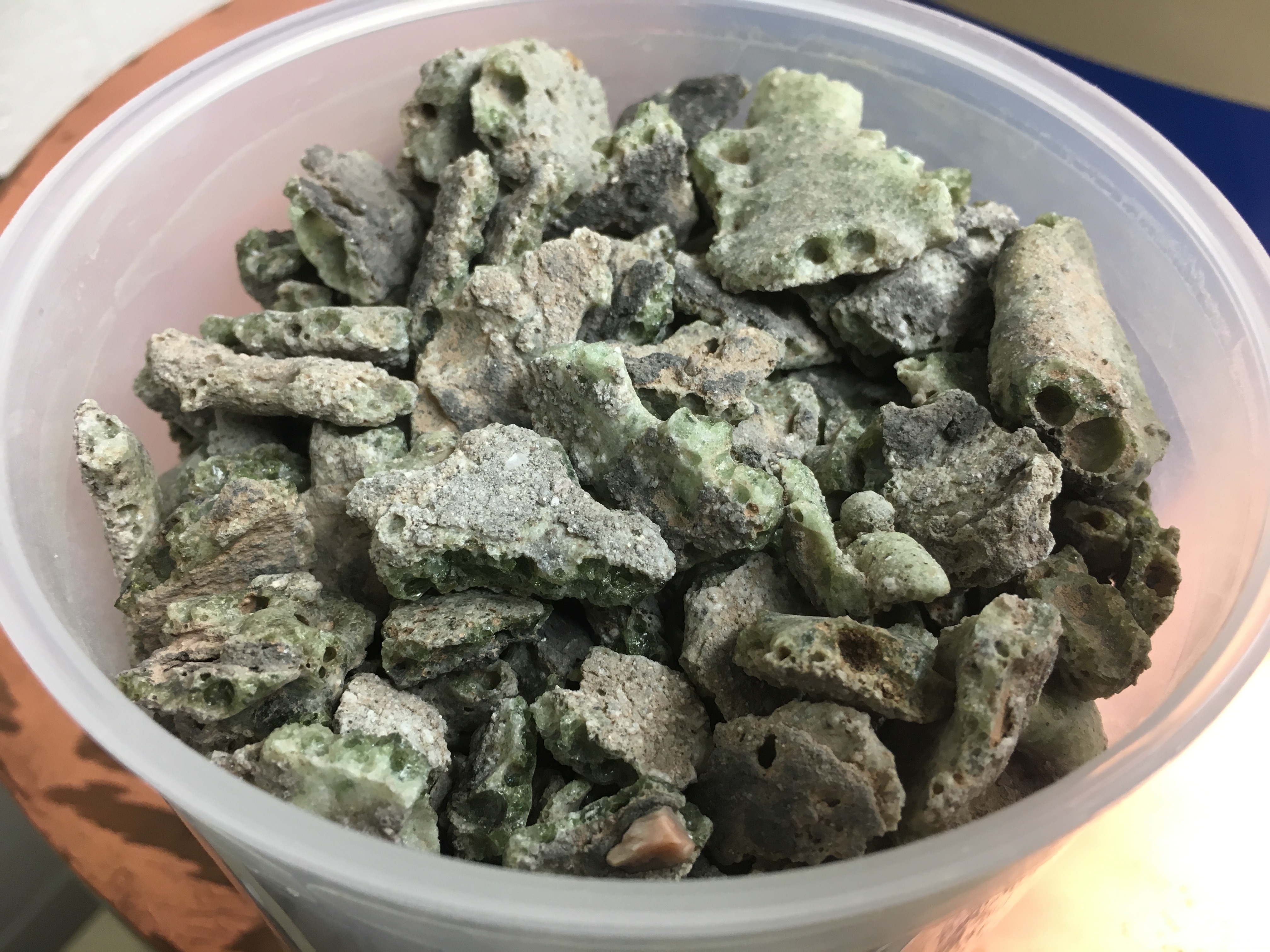 Trinitite is the sand-turned-glass remnant of the first atomic bomb, the Trinity test, detonated July 16th, 1945 in Alamogordo NM, deep in the White Sands Missile Range. The test shot was a demonstration of the plutonium based implosion-type nuclear device. It worked. During the shot a subcritical shell of 239Pu was compressed into a super-critical assembly that fissioned for about 80 generations before it “self-disassembled.” That all occurred within a few microseconds. During the brief event an intense burst of neutrons were generated and activated many of the nearby materials. In addition to neutron activated materials, some of the core obviously fissioned, leaving behind many fission products, some that have long half lives. Finally, most of the 239Pu core went unused, and was scattered about.

The updraft of fireball sucked the desert sand into the fire ball, melting it and mixing and churning in the activation products, the fission products, and un-spent core materials. As the explosion evolved, the sand-fission product stew rained back down on the cold desert floor, solidifying into a green glass. Today, it is mildly radioactive and will make a geiger counter respond.

Gathering a largish quantity, here about two pounds, we can perform long, background-subtracted, counts (48 hours or more) in a low-background shield. It is interested to see what we can pull out of the spectrum.

This particular sample Tim purchased from a custodian of the Wallace Smith Collection.

Pursuing a needle in a haystack, Bill Kolb said I should still be able to find Co60 in Trinitite. After a 48 hour count, there is in fact a hint. That Co60 was formed during the evaporation of the Trinity test tower. This is remarkable, as the half life of Co-60 is only 5.27 years, 12.3 half lives ago… or 0.02% of this original Co-60 remaining.

Ba-133 is interesting because it was formed from the barium in the baratol high explosive compound used in the Trinity explosion.