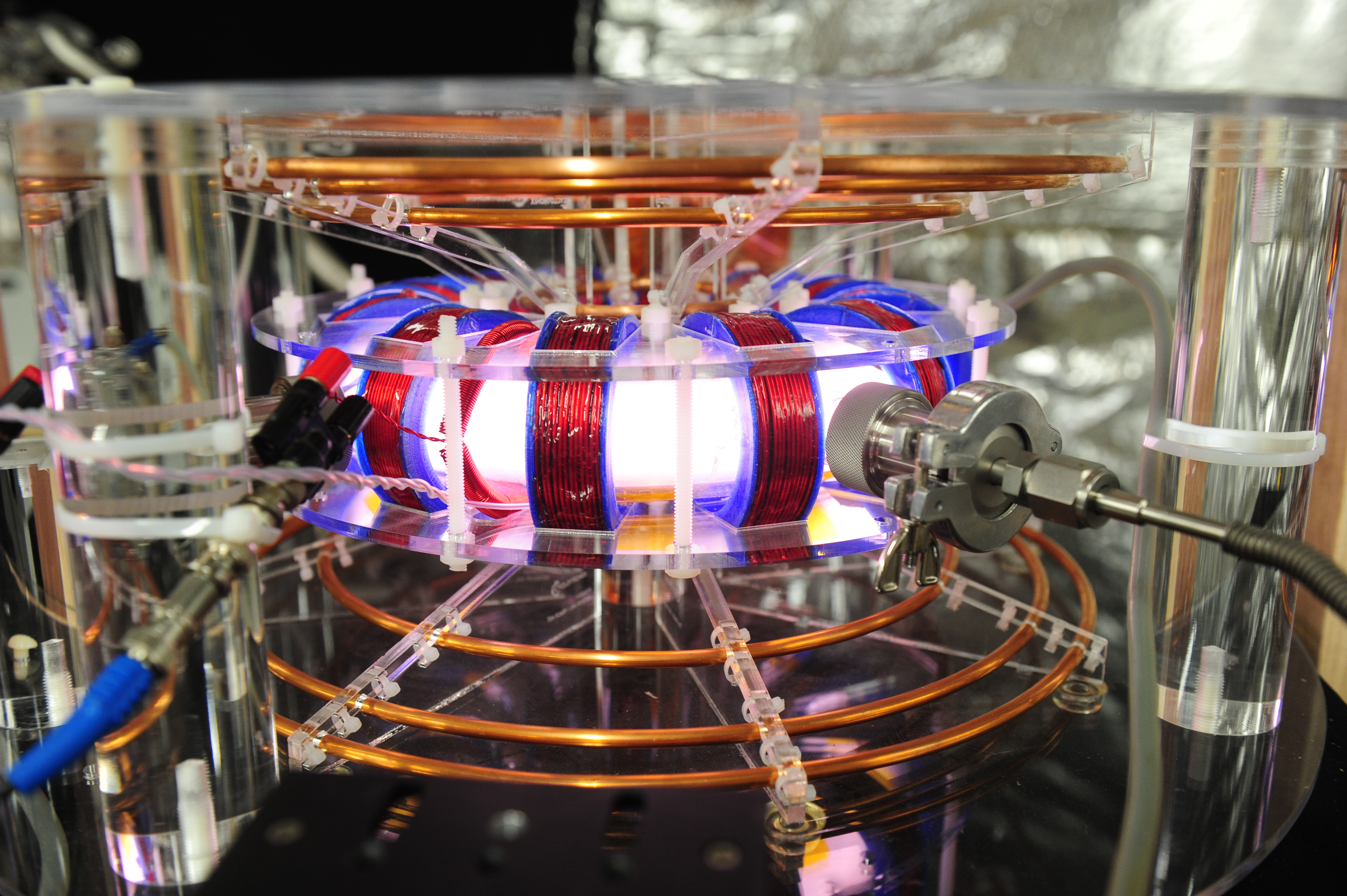 The first beam attempts showed no run away electron beam action, which has led to a campaign to measure the magnetic field – this is still ongoing. However, fast imaging has revealed an interesting plasma instability that was not present in the straight pinch experiments.

The following two photos are frames from the first hybrid attempts to pinch and accelerate beam in the plasma betatron. These two images are from two different shots. Each frame’s exposure time is 100ns. The two images are separated by 200ns.

We have taken roughly one hundred such shots, each of 100ns exposure time. The image of each subsequent shot was delayed by 100ns from the previous. The images were then stitched together to form a cine-movie.

Contrast the above images with the more successful straight pinch (no betatron field).

The instability is still mystery. It is assumed to be from the ExB forces where the B-field has a strong gradient. To assist with stability, azimuthal coils have been wound around the toroid. More about that project in a subsequent post, but here are a few photos of the azimuthal field coils.

Next post will focus on the azimuthal coil impact.