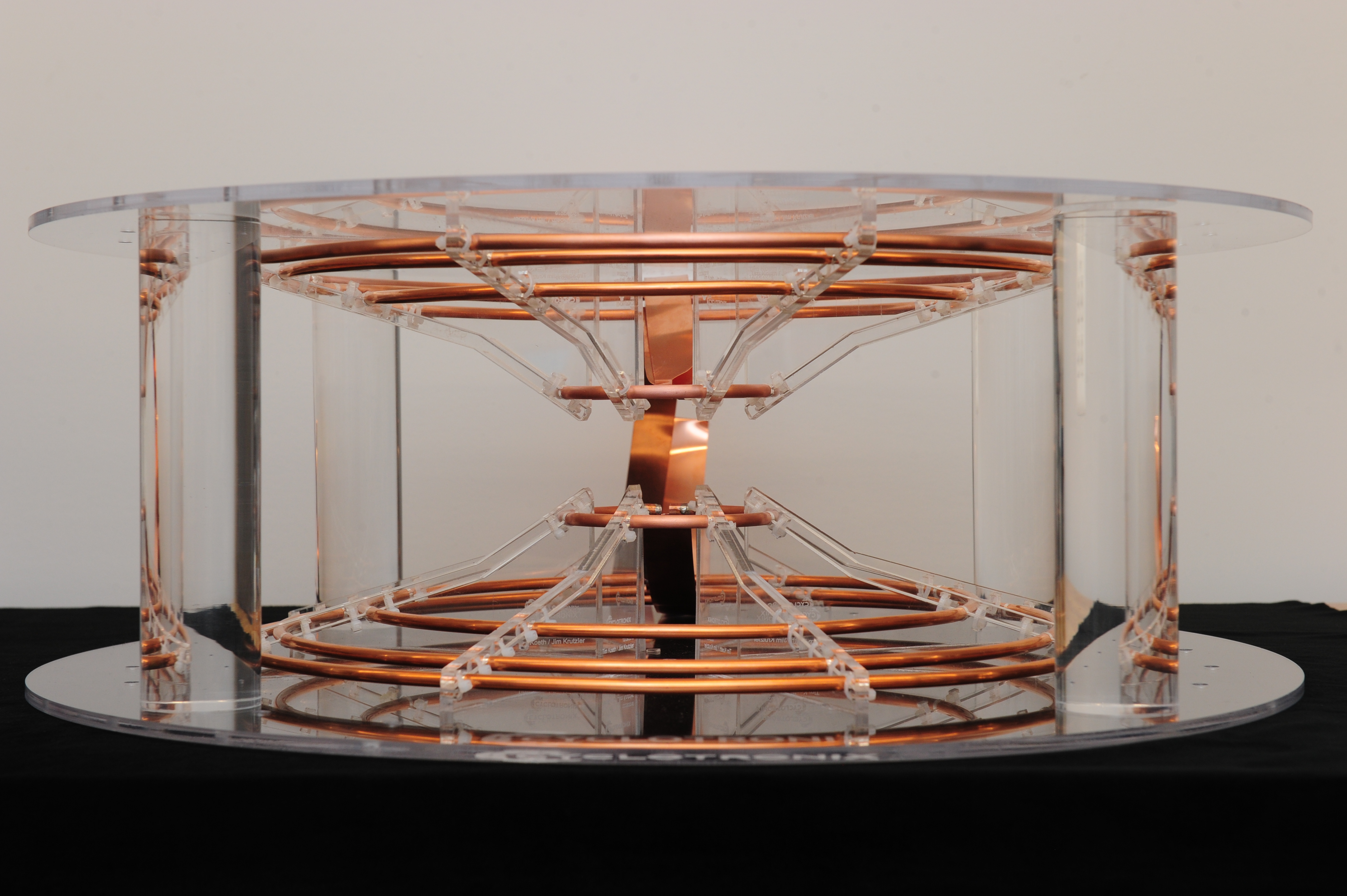 To round out his repertoire of accelerator projects (prompted by a need in the research community) Tim set out to build a variable energy, high intensity betatron. Specifically a plasma betatron.

A betatron accelerates electrons by magnetic induction and demands a specific field profile.  That profile must satisfy the “rule of one half” condition, which states that the magnetic field at the electron’s equilibrium orbit must be exactly one half of the average field from the center to the equilibrium orbit.  When that condition is met the induced electric field will be matched to the magnetic field and will support stable acceleration.  This design is of a fast-pulsed single shot design.

Since this coil form was made to be fast pulsed, consideration was taken to minimize the inductance, hence the number of windings used to shape the required field were held to an absolute minimum.

Iterative simulations in Poisson Superfish (PSF) were used to determine the placement of four upper and four lower hoops carrying identical currents to produce the necessary field.  The designed field carried two constraints, in addition to satisfying the “rule of ½” a weak focusing field gradient is needed to provide transverse vertical and horizontal focusing.  Once a satisfactory field was achieved, the conductor positions were translated into a mechanical model. The top and bottom halves are mechanically identical hence the windings are a mirror symmetry.  PSF modeling confirmed that fine tuning of the field profile could be effected by moving the two halves closer or further, this mainly adjusted the “rule of ½” while the weak focusing gradient was not as sensitive – which is desirable so as not to inadvertently place the EO on a transverse resonance. With a good design in hand, Jimbo proceeded to proceeded to build the coil form by cutting the acrylic formers with his laser cutter.