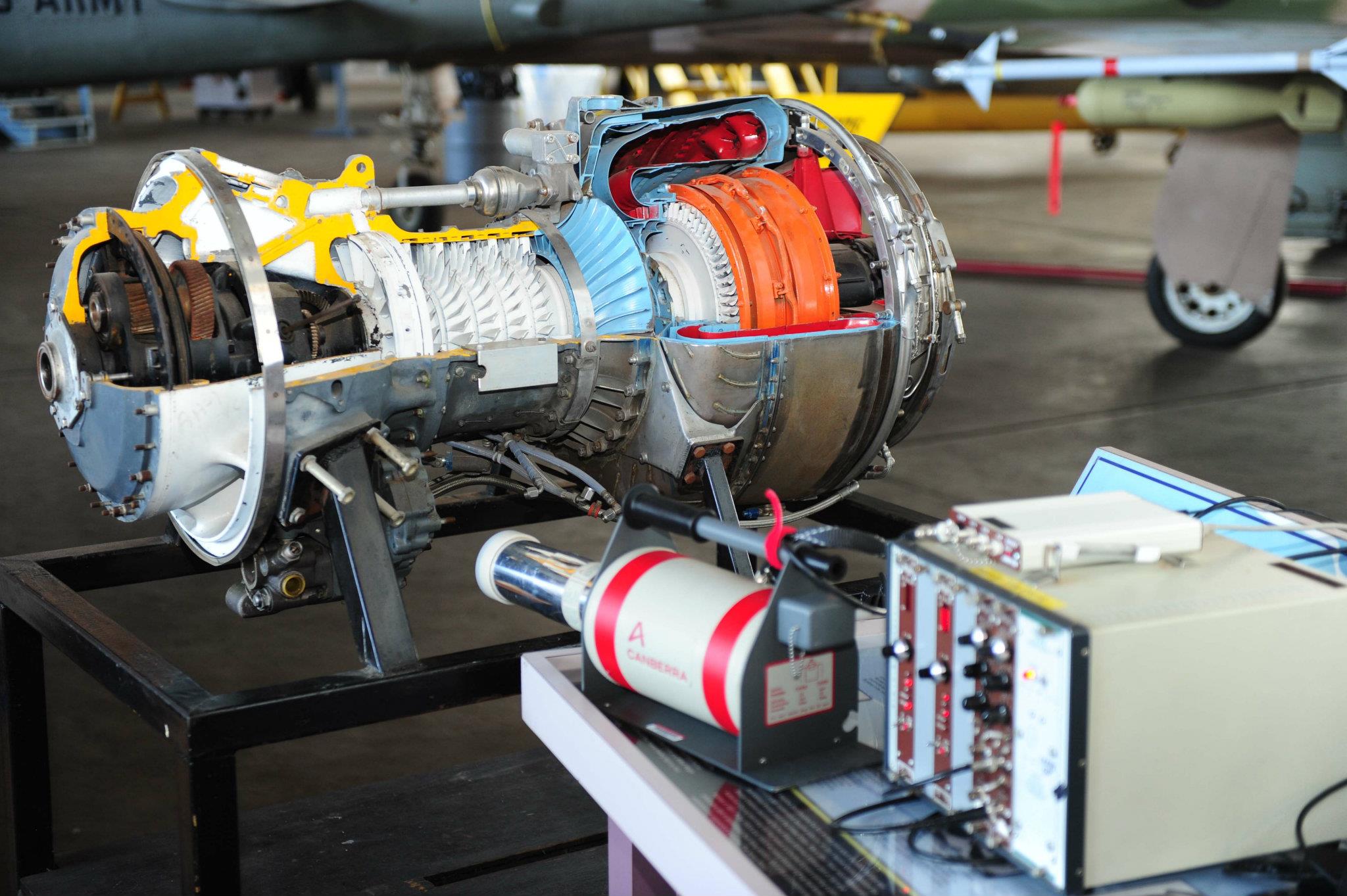 During a trip to Cape May NJ , my family toured the Naval Air Station Wildwood Aviation museum for an afternoon. It is a climb-in, hands-on, bump-your-head-on kind of place. My father-in-law and I climbed into a Vietnam era aircraft loaded with authentic radium bearing meters and dials. To demonstrate the large gamma field that I could almost smell the ozone from, I went back to the truck to retrieve my Ludlum model 19 micro-R meter. As I walked backing into the museum a with the radiation meter something else in the hangar diverted my attention! The micro-R meter quickly escorted me to a jet engine some twenty feet away. Maximum gamma activity was on the order of 5 mr/hr on contact. None of the museum staff knew the engine was radioactive or what in it might be. I promised I would return with my portable HPGe gamma ray spectrometer to get to solve this mystery.

It took a year, but I did return. Leading up to the return visit required several days of planning, gathering the detector and necessary supporting electronics, and a full 30 liter Dewar of liquid nitrogen. I forgot the extension cord!

About a foot away the filed was still about 1/2 mr/hr.

In the elapsed year between visits, the museum rearraged their collection and the original engine was gone! But now two new ones that were radioactive had showed up.

I cannot tell you what type of engines these are as there were no identifying marks on the first engine. With the High Purity Germanium (HPGe) detector, however, I can now identify the radioactive material the engines are is composed of. Two 600-second live-time counts were run. The detector was first set near to the engine to gather its spectrum and then removed to acquire a background count, and finally a third count with three known standard sources for calibration.

Analysis of the data revealed several dominating gamma ray lines, the most prominent at 238.62, 338.35, 583.25, and 969.04 keV. These match the software’s Thorium-232 spectrum library. The relative counts between the measured lines of 911 and 969 keV peaks are also consistent with Thorium. The Th-232 decay chain the Ac-228 decays into Th-228 with the two gamma rays of relative branching ratio at 64% which perfectly matches the measured to be 64%.

Next, I moved to the second radioactive engine. Here, I took just one ten minute count. This engine was marked as a Cobra helicopter jet engine. The collected spectrum was identical to the first engine, clearly the unknown radioactive material is common to the construction of various jet engines.

In doing a little bit of on-line homework, I found that these engines use an a high temperature and high strength alloy called MagThor – and the Thor is in fact thorium, which is the source of the detectable radiation.