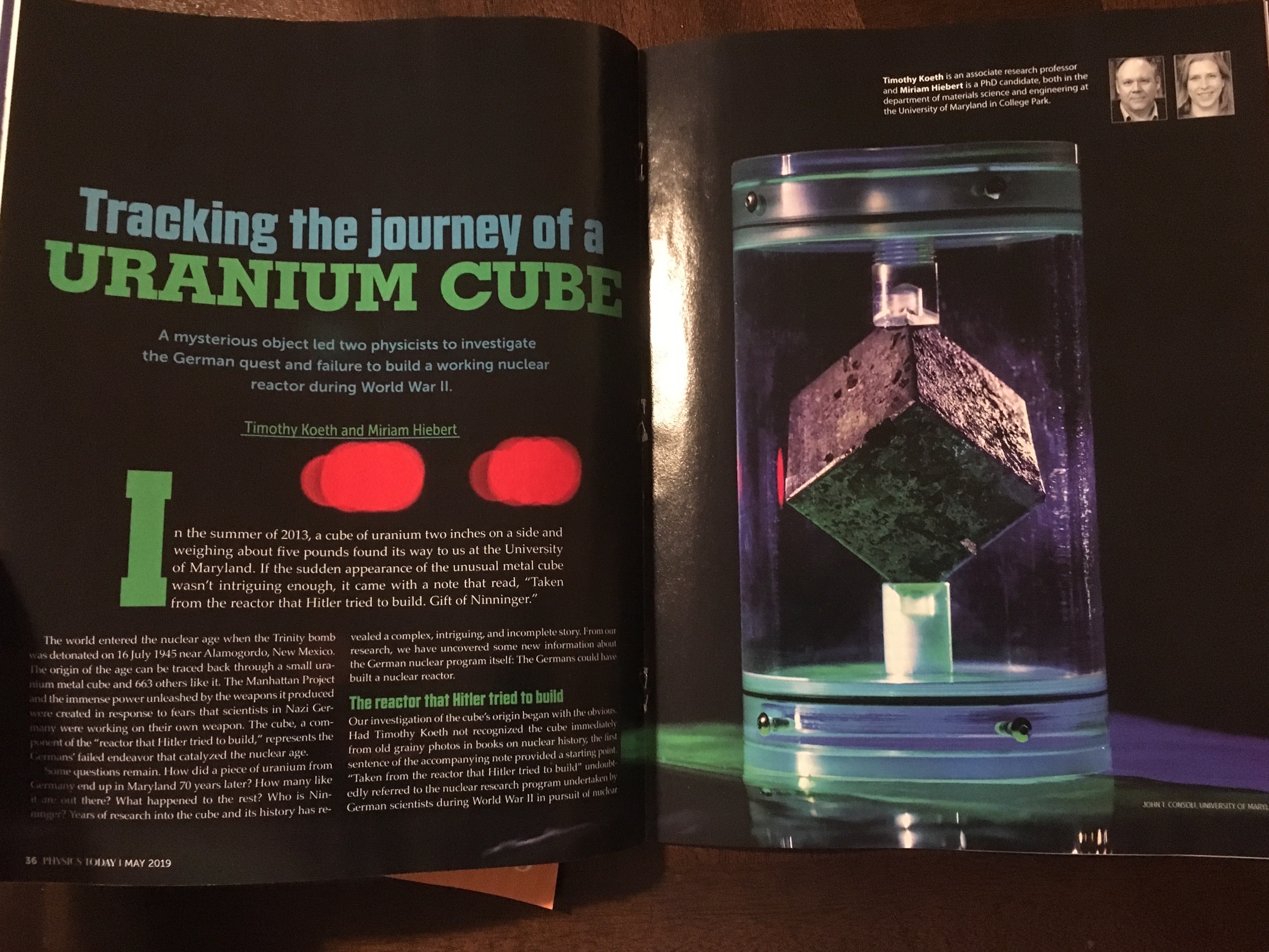 What gift do you get the guy who already has everything (nuclear at least)? In 2013 Tim was gifted an incredibly rare and fascinating item by a friend: a Heisenberg Cube. This cube of natural uranium metal once hung along side 663 others, as components in Nazi Germany’s final failed attempt to build a nuclear reactor during the second World War.

The German reactor experiments, headed by the famed Werner Heisenberg, were, thankfully, utterly unsuccessful, and the story of these cubes was nearly lost to time. The cube itself is small – measuring about 2 inches on a side and weighing about 5 pounds. However, the historical impact of these objects is infinitely massive. This cube, and the others like it, represent the sum of the German nuclear efforts during the war. It was the fear of these efforts, and the awful potential of a nuclear Germany that spurred the United States into launching and prioritizing the Manhattan Project, ultimately winning both the race for nuclear weapons and the war.

Tim and postdoctoral researcher, Dr. Miriam (Mimi) Hiebert, have been researching the fate of the 664 Heisenberg cubes. Their work has been the subject of the cover article of the May 2019 edition of Physics Today and the cube itself is now on loan as the highlight of a new exhibit called the Dark Cube, at the National Museum of Nuclear Science and History in Albuquerque, New Mexico.

Through their work, Tim and Mimi have made several discoveries concerning the uranium cubes and their fate, including the existence of nearly 400 additional cubes that were present in Germany at the end of the war. In total we know of 13 of these cubes still in existence in museums and private collections around the world.

Stay tuned as we update this page as our story progresses!