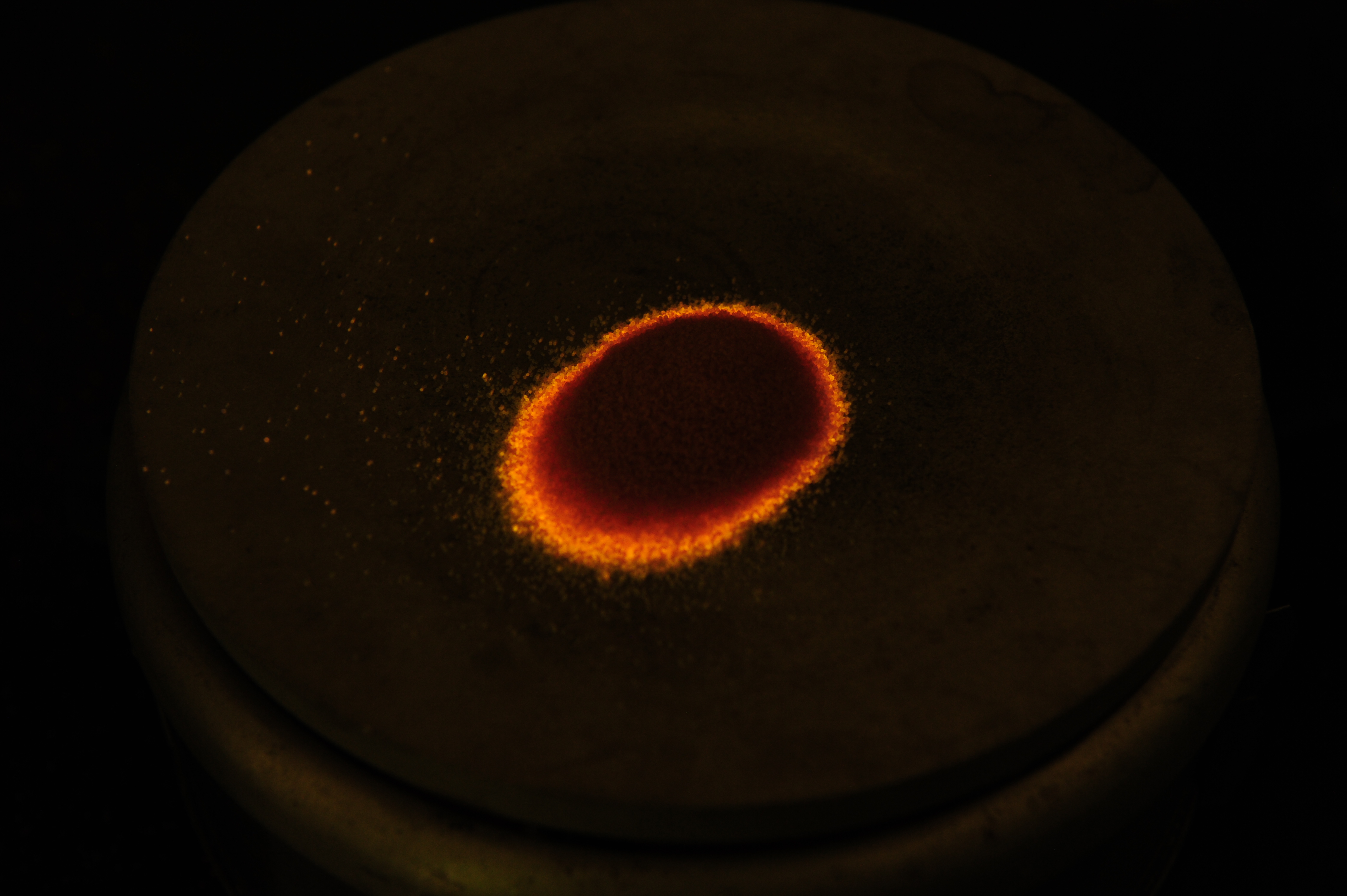 This is an interesting demonstration of a dosimetry principle known as Thermoluninescence. Radiation in the form of photon or charged and neutral particles can induced disorder in an otherwise ordered crystal structure – this is a form radiation damage. In table salt crystals, also known as NaI, radiation damage will knock out an atom from its usual location, but the atom does not go far. It becomes lodged into the crystral strcucture. This takes energy (which the incident radiation provided). In some crystals, the application of heat provides enough vibrational energy for the displaced atom to snap back into place, recreating the nice crystal lattice. When the atom snaps back into place, the displacement energy is released, and in the case of NaI, this is in the form of orange light.

The following photos are of normal table salt irradiated to several million rads of gamma rays undergoing “annealing,” that is the action of the atomns snapping back into place by heat. The gamma irradiation turned the salt orange and it stays orange indefinitely. When the salt is heated on a hot plate the orange color turns back to white. During the transition from annealing the salt also faintly glows orange.

The following is a video of the annealing process of irradiated table salt:

This will also happen to potassium chloride, KCl, also known as salt-substitute:

The following is a video of the annealing process of irradiated KCl salt:

This phenomena is visible in large crystals of the same materials. During the irradiation the larger crystals are also heated, and sometime crack from thermal stress. Due to the large energy deposited, larger crystals will internally heat up and begin to self-anneal.